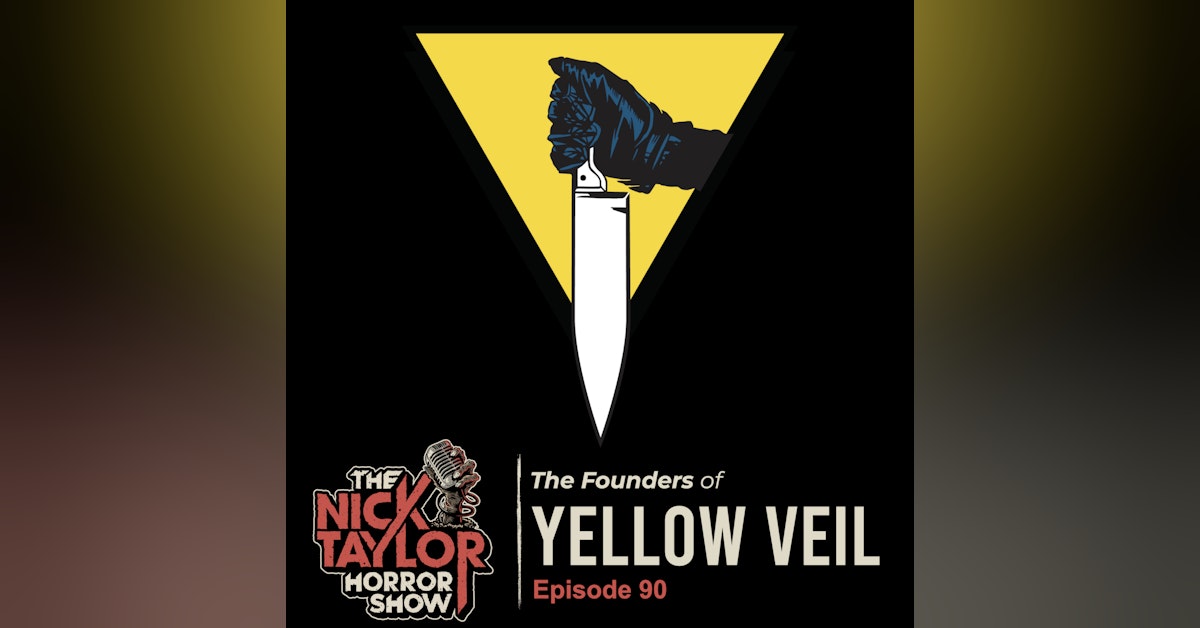 Hugues Barbier, Justin Timms, and Joe Yanick are the trio behind Yellow Veil, a NY/LA-based worldwide film sales and distribution company with a focus on horror and boundary-pushing genre cinema. Their slate includes Luz, I Trapped the Devil, Blood...

Hugues Barbier, Justin Timms, and Joe Yanick are the trio behind Yellow Veil, a NY/LA-based worldwide film sales and distribution company with a focus on horror and boundary-pushing genre cinema. Their slate includes Luz, I Trapped the Devil, Blood Quantum, The Cleansing Hour, Hellbender, Depraved, Sator, and most recently, Gaspar Noe's Lvx Æterna.

In this conversation, Hugues, Justin, and Joe get into how they came together as a company, keys to successfully producing boundary-pushing indie movies, and what they look for in the movies they produce. Without further ado, please enjoy this conversation with Yellow Veil.

Here are some key takeaways from this interview.

Unanimous love is a must. As a company, the guys have different tastes, but the DNA of their slate requires a mutual love of every movie they put out. Producing movies is grueling, lengthy, complicated, and backbreaking work. If you're not all in and don't have passion to make it through the tough times, you're simply not going to pull your weight. Because of this, Hughes, Joe, and Justin all agreed that they need to all love each movie they work on as their mutual passion will motivate them to push each movie through and forward to completion.

Trust your gut. When selecting movies, Hughes, Joe, and Justin don't use any Moneyball metrics or read Hollywood Reporter headlines to see what's popular and then make films based on perceived audience interest or what's considered hot right now. Instead, they trust their gut. If they see a movie that's totally off the wall and unlike anything they've ever seen, they rely on an intangible intuitive gut feeling to tell them whether or not to pull the trigger on it. The danger of always relying on data and proven formulas is you'll ultimately make derivative movies. However, it's still important to see everything and be aware of what's popular. In the 80s, Brian Yuzna and Stuart Gordon binge-watched every single horror movie that came out in the previous two years. They didn't do it to see what was popular and then make movies based on the same things. No, instead, they wanted to see what audiences were seeing so they could deliver something completely fresh and different instead of a copycat or coattail riding film, and as a result, they came up with Reanimator. All of this comes down to gut instinct, not what's trendy.

Support first-timers. All you first-timers, listen up, Yellowveil loves working with first-time directors. They claim that there’s a blissful ignorance of what you’re allowed to do and not allowed to do, which makes many first films very exciting and different.  Embrace that in yourself. Don’t try to make your movie fit into a box - the public needs to see your unique raw vision in a way that hasn’t been tampered with. So all of you who are insecure about your lack of experience can rest assured that this insecurity could very well be your greatest strength as a director.