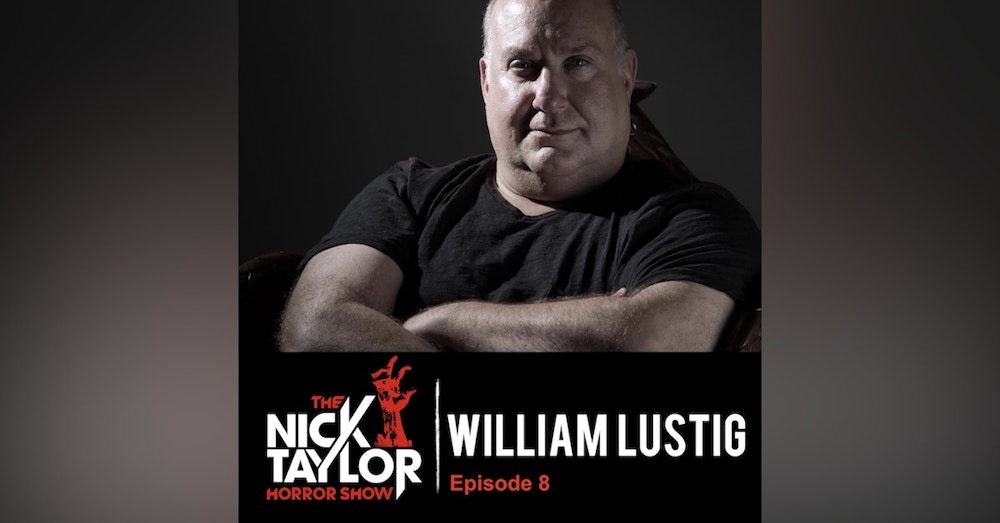 “Filmmakers like myself, Sam Raimi, Tobe Hooper and George Romero … weren't working with a rule book. We were out there making movies and doing things that Hollywood would consider forboden. That's what gave these films a resonance to them.”

Bill Lustig is an American filmmaker, director, producer - perhaps best known as the director of the New York exploitation slasher classic, Maniac, starring Joe Spinelli with effects by Tom Savini (who actually is in the film and has a great moment where he gets his head blown off - the scene may rival Scanners as the best exploding head sequence in cinema history).

Maniac was Bill’s first movie and the story behind the making of it was full of timeless lessons in independent filmmaking. There’s a particularly great story about how he and his team premiered Maniac at the Cannes Film Festival (if you can picture Maniac playing at Cannes).

Fun fact: Bill is the nephew of Jake LaMotta, the boxer who Robert De Niro played in Raging Bull. Also, Bill was originally supposed to direct True Romance, as he was Quentin Tarantino’s first choice as a director - Bill even wrote the ending. Another fun fact is that before horror, Bill started his career in hardcore pornography, and was heavily immersed in the grindhouse culture of New York city’s famous 42nd street - we talk about all of this and so much more on today’s episode of the Nick Taylor Horror Show!