Welcome to the Blumhouse: 4 Directors Share their Blumhouse Experience [Episode 60] 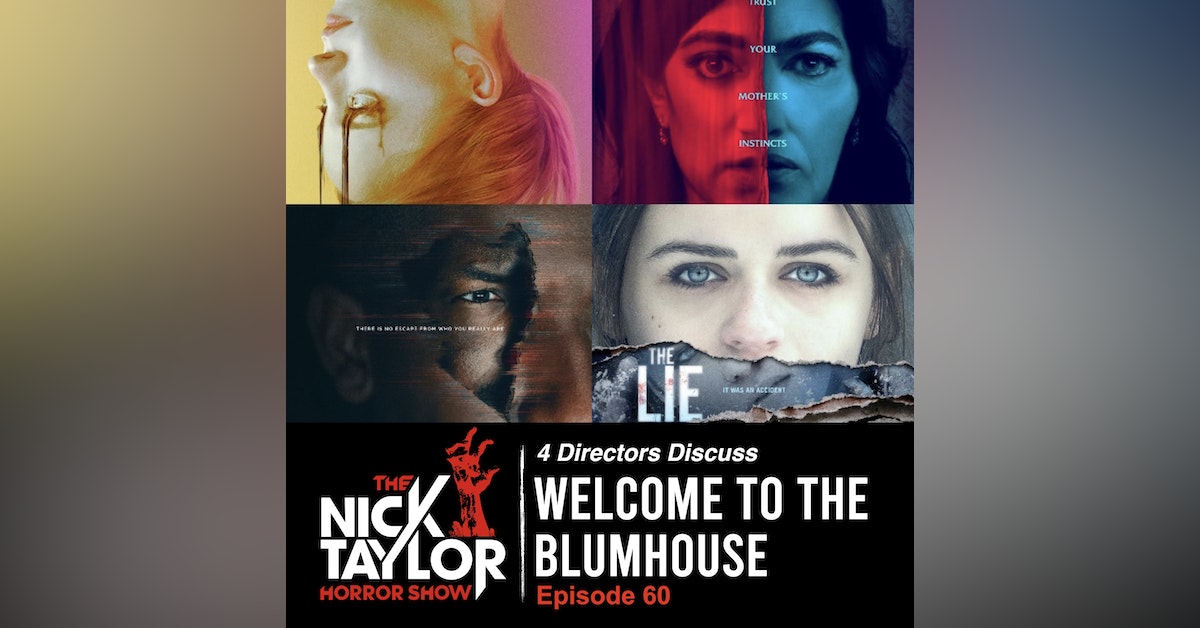 Alright, we’re doing things a little bit differently this time around; on this episode, I have four very brief interviews with each director who made a film for Welcome to the Blumhouse. As a collaboration between Blumhouse Productions and Amazon...

Alright, we’re doing things a little bit differently this time around; on this episode, I have four very brief interviews with each director who made a film for Welcome to the Blumhouse. As a collaboration between Blumhouse Productions and Amazon Studios, Welcome to the Blumhouse is a slate of feature films showcasing diverse casts, female and emerging filmmakers with a focus on family dramas. All four of the movies I’m discussing are currently streaming on Amazon Prime, so check them out there.

In this episode, we get a deep dive into four different perspectives on working within the  Blumhouse system. Blumhouse is becoming a very exciting ecosystem for aspiring filmmakers. With their robust production slate across TV and film, Blumhouse is taking more and more chances on first-time directors and lesser-known voices, and in their Blumhouse style is giving all of their directors a ton of creative control, making them a brand that’s really worth paying attention to.

Below are the directors I interviewed.

Veena Sud is a writer, producer, and director, perhaps best known for developing the television drama The Killing, now streaming on Netflix. Veena was also behind Seven Seconds and the Quibi horror web series, The Stranger.

Veena’s latest project is The Lie, starring Joey King, Peter Sarsgaard, and Mierille Enos, and tells the story of two separated parents who have to navigate protecting their daughter after she murders her best friend.

Veena is a TV industry veteran, and I’m probably not supposed to say this but, her movie was my favorite of the Welcome to the Blumhouse films, so definitely check out The Lie.

Elan Dassani & Rajeev Dassani are the brotherly directorial duo behind Evil Eye, a horror-thriller that takes place between America and India.

Evil Eye tells the story of a young woman from a traditional Indian family whose mother believes that her new boyfriend is the reincarnation of a man who tried to kill her 30 years ago. The movie delivers the scares while pulling on heartstrings and crafting a family drama that is both authentic and relatable while being chilling all the while.

We hear about the brother’s directorial origin stories, working with Blumhouse, and details about the making of Evil Eye.

Emmanuel Osei-Kuffour, Jr. is the director behind Black Box, a thriller feature starring Mamoudou Athie, Phylicia Rashad, Amanda Christine. Black Box tells the story of a single father who awakens after a car accident with no long-term memory and a vacant memory of his past life. After undergoing an agonizing experimental treatment, he begins to unravel the truth behind who he really is and the implications that will have on his young daughter.

Black Box effortlessly interweaves elements of thriller, sci-fi, and horror with a compelling family drama at its core. All of which are complemented by deeply compelling performances by the cast.

In this interview, we hear director Emmanuel discuss working for Blumhouse, lessons learned from his first feature, and much more.  Here is Emmanuel Osei-Kuffour.

Zu Quirke is a British writer/director. Her short films have played in festivals up and down the UK as well as internationally. Zu’s first feature, NOCTURNE, tells a story about the ruthlessly competitive world of classical musicians. Inside the halls of an elite arts academy, an incredibly gifted pianist makes a Faustian bargain to overtake her older sister. What could possibly go wrong? Enjoyed this conversation with Zu and think you will as well.

Thank you as always for listening!