The Wisdom of Shep Gordon [Episode 14] 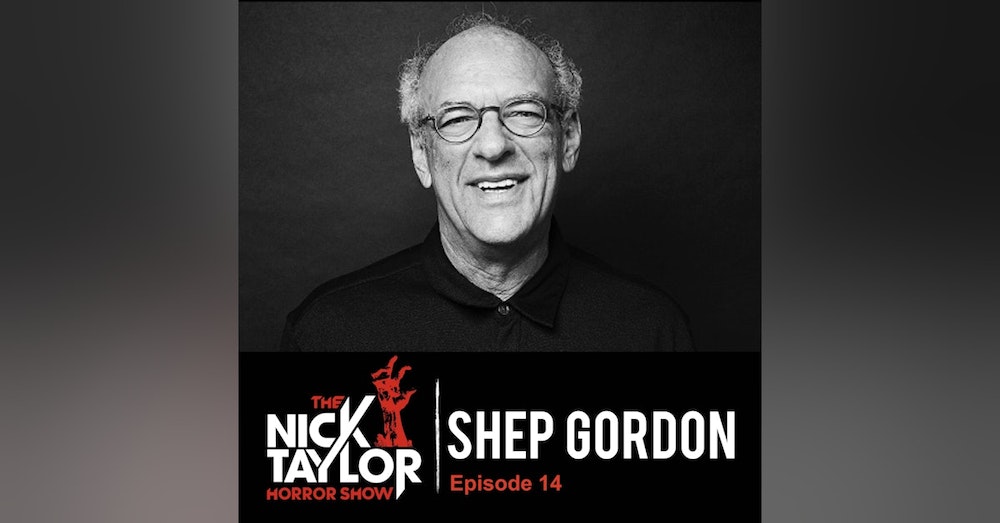 “I went to him and I said, ‘who are the two hottest horror directors in America?’ And he said, “John Carpenter and Wes Craven … They hate the fucking studios because they never give them final cut.” So I said ‘Okay, here's what I'll do, I’

Shep Gordon is a legend in multiple industries. Manager extraordinaire to such acts as Alice Cooper, Blondie, Teddy Pendergrass, Gipsy Kings, Rick James and many others. Shep also was the sole inventor of the celebrity chef, paving the way for names like Emeril Lagasse and Anthony Bourdaine. What many people don’t know, is that Shep was also a major horror producer back in the day, and produced a number of classic titles from Wes Craven and John Carpenter including: They Live, Village of the Damned, The People Under the Stairs, Prince of Darkness and Shocker.

Above all things, Shep is an extraordinary human being and has a lot to teach the world, particularly those who work in entertainment. Shep first got on my radar with the fantastic documentary from Mike Myers about him called Supermensch. Supermensch is a movie that I rewatch at least 3 times a year - the lessons in it are absolutely golden, and Shep's life story not only uncovers the keys to having a prolific life, but shows you how to do a lot of good along the way.

It’s a really fantastic movie, and a downright fascinating and hysterical watch. I also highly recommend Shep’s autobiography, They Call me Supermensch, which is also loaded with some of the most incredibly actionable  insight I’ve ever heard on the topics of success, business, entertainment, and life in general. Clearly, I’m a profound fan of Shep, and was very humbled that he took the time to speak to me and answer my questions. I was super nervous during this interview, mostly because Shep really means a great deal to me so this was super exciting.

Soo, I’m at a loss for where to even begin recapping the major lessons from this conversation but here are three key takeaways from my conversation with Shep Gordon: