The Weird and Wonderful World of Cig Neutron! [Episode 44] 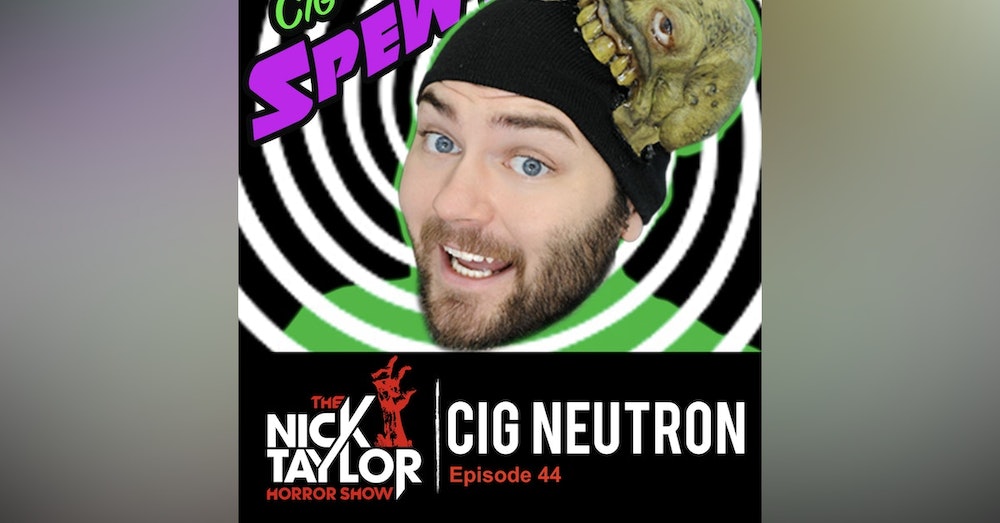 Cig Neutron is a creature designer, special effects makeup artist and a creative force of nature.  He’s done effects work on multiple movies including Tron Legacy, Suckerpunch, and Star Trek Discovery, and was on Face/Off's season 7 then again...

Cig Neutron is a creature designer, special effects makeup artist and a creative force of nature.

He’s done effects work on multiple movies including Tron Legacy, Suckerpunch, and Star Trek Discovery, and was on Face/Off's season 7 then again on season 11 as one of the Face/Off allstars.

Nowadays Cig and his partner in crime Rani are putting out a lot of their own original content and the volume of stuff that they put out is pretty amazing; everything from music videos, to skits, pinup photos, all driven by practical effects makeup.

Cig is one of those really unique effects artists who have a very strong signature style, you can easily spot his work which has a fun sensibility that combines monsters with sleaze & naughtiness along with a very strong influence from gross-out cartoons of the 90’s - all of which feels like it’s part of this very unique universe that Cig Has created.

I don’t know, I just love his work, it reminds me of all of the stuff I loved as a kid and just makes me happy. Seriously, all of you listening should do yourselves a favor and check his work out; his videos, his instagram page, everything.

Cig also hosts a podcast that I really enjoy called Cig Neutron's Spewtron, available everywhere, and he does a pretty cool series of livestreams on Twitch where he breaks down his effects techniques.

We had pretty wide-ranging conversation and got into everything from creativity, to practical effects and explored spirituality in depth, Cig has a very well-developed and fascinating spiritual sensibility and there is a lot to learn from him - I always love talking to him and I hope you guys enjoy this conversation as much as I did. Here without further ado is the one, the only Cig Neutron!

Alright, I truthfully got so much out of this conversation, and hope you kids at home did too. You all can follow Cig’s work on Instagram and I highly highly HIGHLY recommend you do. Seriously, follow him, his work is such a treat, and you’re welcome.

Big thanks to the amazing Cig Neutron for being here today. Instagram, and the TikTok, which I haven’t gotten around to learning.

Other stuff we talked about: