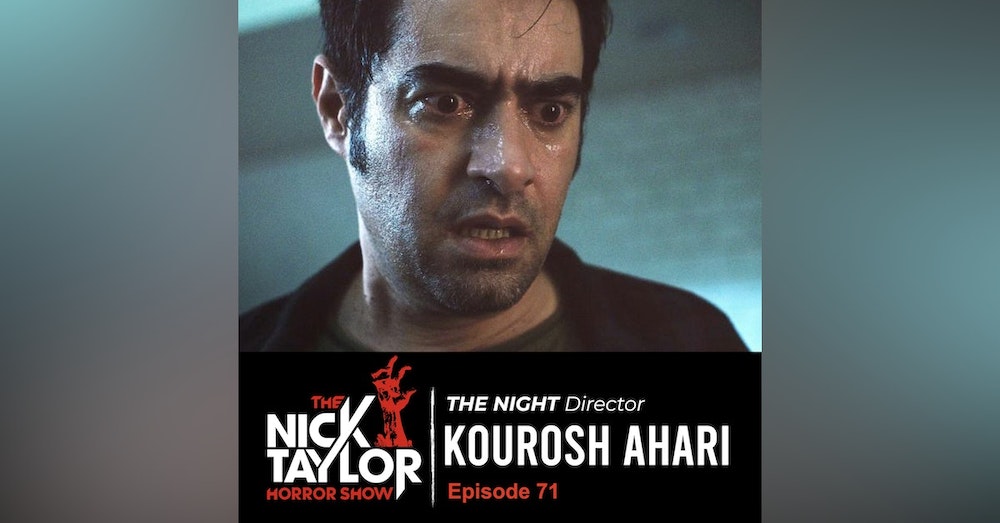 Kourosh Ahari is an Iranian American director who just made his directorial debut with the horror-thriller, The Night, from IFC Midnight. The Night focuses on a young couple and their baby girl as they check into a hotel room that they suddenly cannot...

Kourosh Ahari is an Iranian American director who just made his directorial debut with the horror-thriller, The Night, from IFC Midnight. The Night focuses on a young couple and their baby girl as they check into a hotel room that they suddenly cannot leave until they work out their own inner demons. The Night is currently available on demand. I bought up with Kourosh to talk about his career, lessons learned from his first feature, and how he paid the bills as a filmmaker for years by starting his own production company.

Here are some key takeaways from this conversation with Kourosh Ahari.

Turn to your production crew to deepen your story. As a director, there are only so many things you can give your focus to on a daily basis on set, so you need to have a crew you can rely on. Not only rely on for technical elements, but for creative decisions as well, who can take your vision to an entirely new level by adding depth to what you created. In the case of The Night, there are a lot of small details throughout the film that deepen the movie's mythology and overall world-building strength. These details primarily came from Kourosh's set design and production design crew, who integrated details from his story into their work, which deepened the movie substantially and by making its mythos more effective. This is exactly what you want as a director and another reason why directors should always be open to deep collaborations as opposed to fundamentalist auteurism.

Proceed through entrepreneurship. As we all know, becoming a director can be a difficult road, but to increase your chances, consider starting a production company that makes commercial projects. These not only pay the bills really well, but they provide critical production experience on low-pressure sets that can help you hone your directorial ability. If you can't start a company like this one, then consider joining one. David Fincher, Michael Cimino, Ridley Scott, and Tony Scott all got their start with commercials. You can too. It’s a day job that pays the wages and gives you skills that will help you as a director.

Rehearse backstory. Rehearsal is critically important for getting the scenes right, but what not a lot of directors don’t discuss is exercises for establishing camaraderie & chemistry between characters. To get his primary actors to be believable on camera as a couple who had a tumultuous past, Kourosh had the actors rehearse their character's backstory by acting out memories, dinners, arguments, and other memories that never were in the script. This is a brilliant rehearsal technique because it not only establishes chemistry and believability between characters, it establishes history.

Thanks for listening! Don't forget to subscribe today and tell all of your horror filmmaker friends as well!