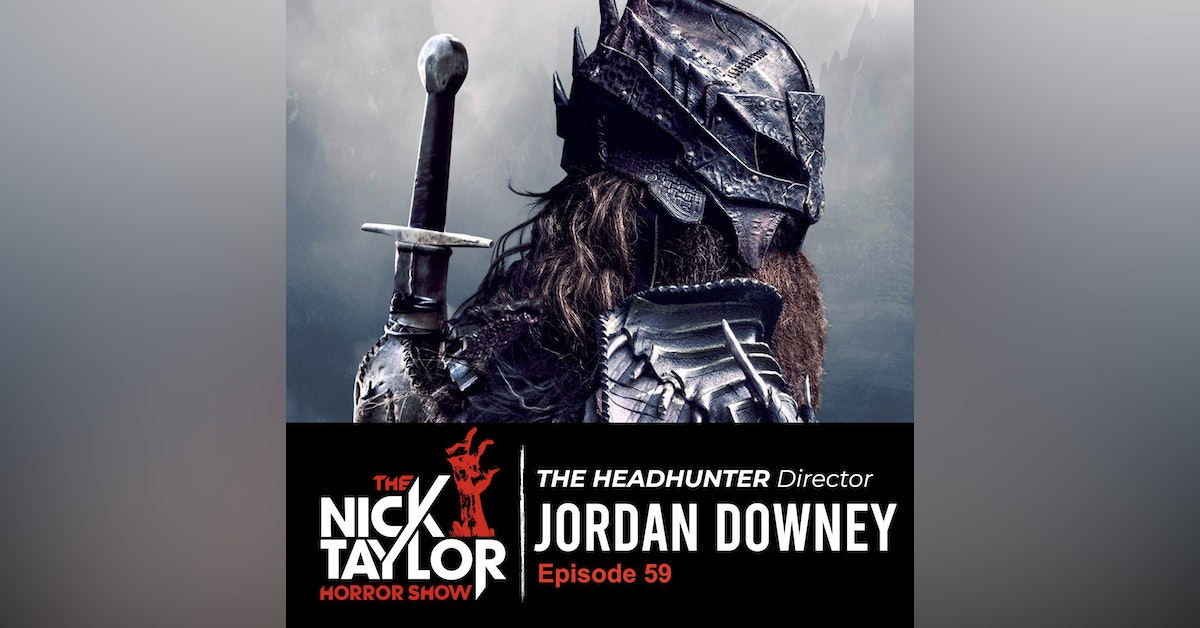 "The only way you will learn is to go through the complete process."

Jordan Downey is the writer/director of The Head Hunter, one of my favorite horror movies of 2018, and now streaming on Shudder. One of the remarkable things about The Head Hunter was how resourceful it was. Considering the fact that it was an ultra low budget movie, it is extremely ambitious in terms of scope, and world-building, but while still portraying a tightly structured and intimate story about a medieval monster hunter.

This is a pretty fascinating balance that Jordan pulled off and one worth studying. Everyone says your first movie should not be a period piece, should not have elaborate effects, and certainly should not include horses. Jordan did all 3 in The Head Hunter, and still kept the budget super duper low and delivered a kick-ass movie in the end.

The Head Hunter is a serious case study for effective low budget filmmaking. Even if you've seen it,  it's really worth a re-watch for the fun of the movie, and for observing its simplicity & elegance in terms of directing and how much Jordan was able to get away with while spending so little.

Think: big scale, small scope. There's a real balancing act to simultaneously building an ambitious & fantastical world while maintaining a tight focus but it can be a really a magical combination. Jordan created such a vast world of medieval warriors, monsters, and complex systems of alchemy, but the story was so elegantly simple. For a low budget movie, the world-building was extremely ambitious and it worked beautifully because the largely single character focus was so tight & stripped down. On a lot of low budget movies, directors sometimes try to go too big with their world-building and end up in that no man's land of campy. This is not where you want to be.

One of the ways that Jordan was able to pull this off was by thoroughly defining the world his characters lived in well beyond what was in the script and on the screen. It may seem unnecessary to do all of this development of things that never show up on the screen, but their presence and existence are still known to the viewer. By doing this, you're able to create a world that lives and breathes beyond the seams of the movie, and the audience can always tell. It's a funny, subconscious thing but it's absolutely true

With a low budget, high concept, your high concept needs to work and this is by developing it and understanding everything you can about the world your characters are living in. Freaks & The Endless also do a great job of executing a highly ambitious amount of world-building on a tight budget.

There really is no excuse. $4 grand. That's what Jordan's first movie, Thankilling cost - and it was a feature! The movie was picked up by a reputable distribution company called Veritas Ventures and paved the way for his next movie. So, a recurring theme I've seen in speaking to directors is that you're never really supposed to have enough money, to do anything. You are not supposed to have a smooth production. Ever. The job of directing is to overcome every single conceivable challenge and obstacle and make the movie despite your circumstances, not because of them. 4 grand. Easily acquired with credit card debt. As Jordan and many directors before him have said. It really is a matter of just doing it.

Give people their first chance. On The Head Hunter, Jordan got a killer costume designer who was able to deliver way above the budget of the movie, substantially boosting the believability of this world and therefore the production value. The interesting thing was that this costume designer had never done a movie before, but had perfected his craft by creating costumes for cosplayers and Larping - that sounds so dirty, but stands for Live Action Role Playing. This dude was exceptionally talented and was stoked by the opportunity to do a movie, so he was not only affordable but he completely over-delivered. Finding these creative win-wins that leverage the opportunity to work on your movie can really bump up your production value substantially.

In the throes of pre-production, it's easy to lose sight of the fact that making a movie is fucking cool - and so many talented people are DYING to work in film - don’t feel the need to be limited to people with experience. Finding talented newcomers can bring you some fresh approaches and a ton of energy - they'll deliver, and appreciate the opportunity and their passion can move mountains on your movie. It probably goes without saying though, that it's not ok to exploit people - so if you can't afford to pay people what they're worth at the time of production, always make it up to them and make it worth their while. Either with deferred pay or by giving them a piece of the movie.