The Adams Family; Makers of HELLBENDER and THE DEEPER YOU DIG [Episode 91] 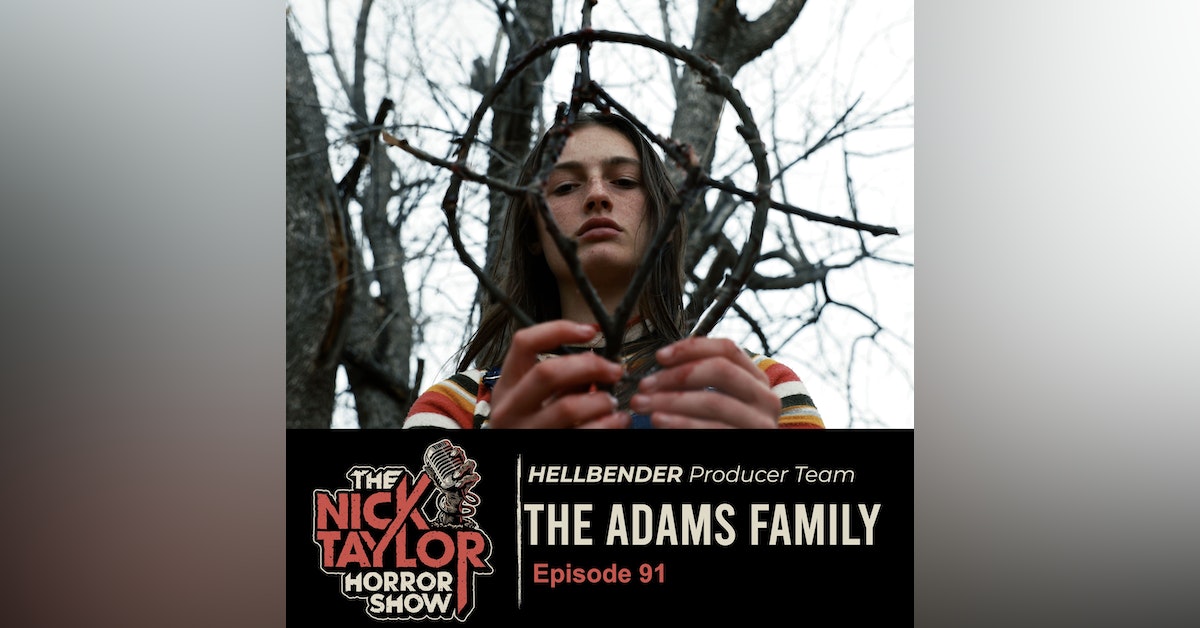 John Adams, Lulu Adams, Zelda Adams, and Toby Poser are a family who write, produce, star in, and edit all of their films themselves. Together they've produced multiple features, including KNUCKLE JACK, RUMBLESTRIPS, THE HATRED, THE DEEPER YOU DIG,...

John Adams, Lulu Adams, Zelda Adams, and Toby Poser are a family who write, produce, star in, and edit all of their films themselves. Together they've produced multiple features, including KNUCKLE JACK, RUMBLESTRIPS, THE HATRED, THE DEEPER YOU DIG, and most recently HELLBENDER which you can watch right now on Shudder on The Last Drive-In with Joe Bob Briggs.

With HELLBENDER, the family shot the movie around the country during the pandemic using gear they bought themselves. The Adams Family is one of the most self-sufficient filmmaking outfits I've ever seen. They make all of their movies entirely on their own and don't rely on any traditional studio ecosystems whatsoever.

As filmmakers, they do a particularly beautiful job of leaning into their relatively low budgets by making very singular and unique movies where every detail feels intentional. This is a testament to one of their greatest strengths as filmmakers, which is their resourcefulness. This conversation is a great lesson in economic filmmaking and low-budget features that don't feel low budget because the filmmakers embraced what they had access to.

I really loved this conversation; the Adams Family are a bunch of very enthusiastic, inspiring, and passionate filmmakers with a lot to teach all of us.

Here are some key takeaways from this conversation with The Adams Family.

Just do it. Toby, Lulu, Zelda, and John write, direct, act in, edit, color correct, and score all of their movies themselves. From the beginning, they didn't wait for permission or approval or for a deal; but instead, they took an inventory of what they had access to and wrote and produced movies around that. A lot of would-be filmmakers tend to have these big elaborate plans and expensive concepts for scripts that require lots of money and collaborators when sometimes the best way to get something off the ground is by using what is right in front of you and crafting a movie around that. Robert Rodriguez speaks extensively about this very concept in his book, REBEL WITHOUT A CREW, which is a must-read for any filmmaker.

Use mother nature as your DP. There is a naturally beautiful aesthetic that comes with using natural light as well as a more grounded production design. (See Robert Eggers' THE WITCH). And, despite its obvious limitations, natural light is free. The Adams Family cites mother nature as their best DP and recommends not fighting against whatever nature gives you but embracing it and working with it, and using it to serve your movie. As a result, their movies have a gritty and very natural beauty to them, which gives them a very recognizable aesthetic.

Channel your current state into your writing. After a family crisis, Toby was going through a very difficult time period when writing the script for THE DEEPER YOU DIG. She ended up channeling her feelings into her writing, and the experience was not only cathartic, but her emotions were palpable in the movie itself. The Deeper You Dig has moments that are so chilling and get so deep under your skin, and it's clear that the movie's power comes from Toby's real and raw emotion. Even Quentin Tarantino stated that if you're not putting your current emotions into your writing, you're doing it wrong.

Thanks as always for listening, don't forget to subscribe.