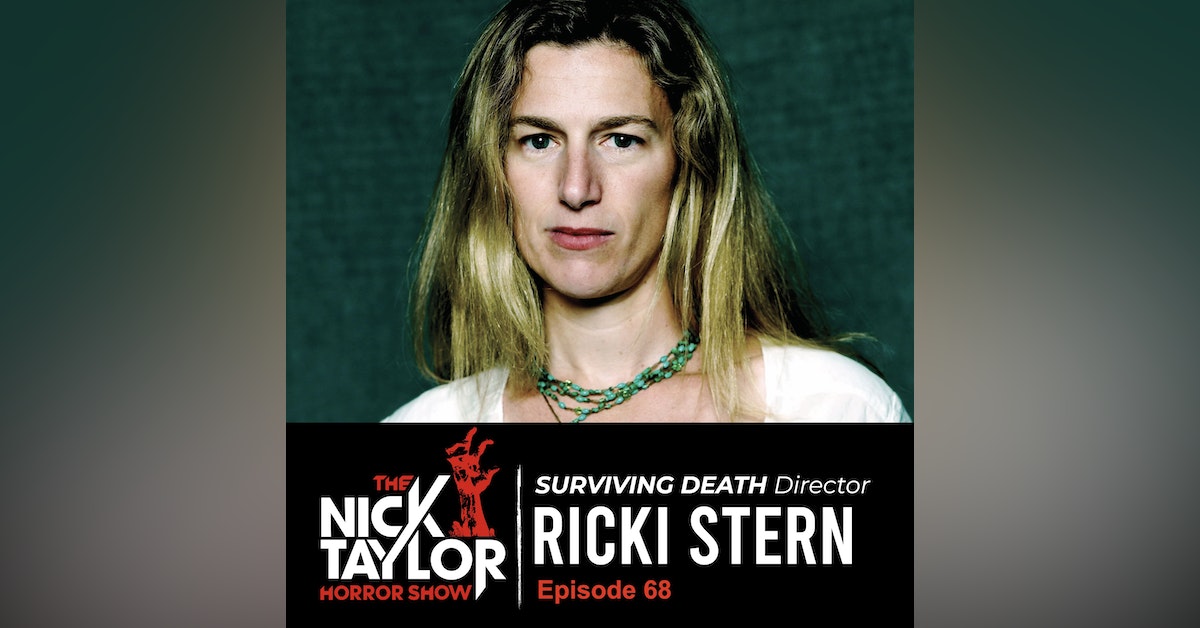 Ricki Stern is an American film director, screenwriter, producer, and award-winning documentarian of multiple features and series. She's directed such projects as the Trials of Darryl Hunt, The Devil Came on Horseback, Joan Rivers: A Piece of Work,...

Ricki Stern is an American film director, screenwriter, producer, and award-winning documentarian of multiple features and series. She's directed such projects as the Trials of Darryl Hunt, The Devil Came on Horseback, Joan Rivers: A Piece of Work, Surviving Jeffrey Epstein, and The Preppie Murders. Ricki's latest project is Surviving Death, a 6-part docu-series that explores ideas of life after death and psychic phenomena including mediums, paranormal activity, and reincarnation. Surviving Death is now streaming on Netflix, and I highly recommend it. It is definitely not horror, per se, but delves into matters of the supernatural in a very compelling and beautiful way. I binged through the entire series in a few days and was mesmerized the whole time. She's a dear friend, and I enjoyed speaking to her, so please enjoy this conversation with documentarian Ricki Stern.

Here are some key takeaways from this conversation with Ricki.

Always convey information through the story. In the case of Surviving Death, Ricki wanted the movie to be rooted in wonder and mystery without trying to prove or disprove anything. There was an instance where one of the mediums she profiled was channeling information about a deceased person, which we later discovered was easily found on Facebook. This was discovered entirely through the client of the medium as opposed to Ricki herself.  Instead of coordinating her own investigation and intentionally trying to disprove or cast doubt on anything, this piece of evidence naturally uncovered itself, which allowed the story to feel more cohesive and organic, as opposed to like a piece of investigative journalism. This is a big distinction in documentaries; you can always tell which ones have a point to prove and which allow the viewer to form opinions on their own. The latter is always more interesting.

Feed your irrepressibility. Prior to directing her first feature, Ricki worked multiple day jobs but would always spend nights and weekends working on her own projects - mainly because she couldn't help herself. Ricki's drive to tell stories her own way was too strong for her not to moonlight as a director prior to getting an official green light, and in the end, one of those movies was nominated for an Emmy, launching her career. If you have the drive to tell stories, find a way to do it regardless of your circumstances - this drive is something to cherish and maintain because it will dull if you don't nourish it.

Flexibility is key. When shooting a documentary, it's always good to have a point of view and a sense of the story's structure, but don't be surprised if that story changes. When Ricki was shooting In My Corner, she was documenting the plight of two boxers who she thought would go on to the Olympics. When it became clear they wouldn't, she quickly had to regroup and find another lens through which to tell this story. This is a classic scenario in documentary filmmaking and how stories typically do not unfold as you intended - that's ok and can actually work in your favor sometimes, as was the case with Icarus and The Amazing Jonathan Documentary, both of which turned unexpected curveballs into majorly fascinating stories. Good documentarians embrace these curveballs and find the stories anyway.