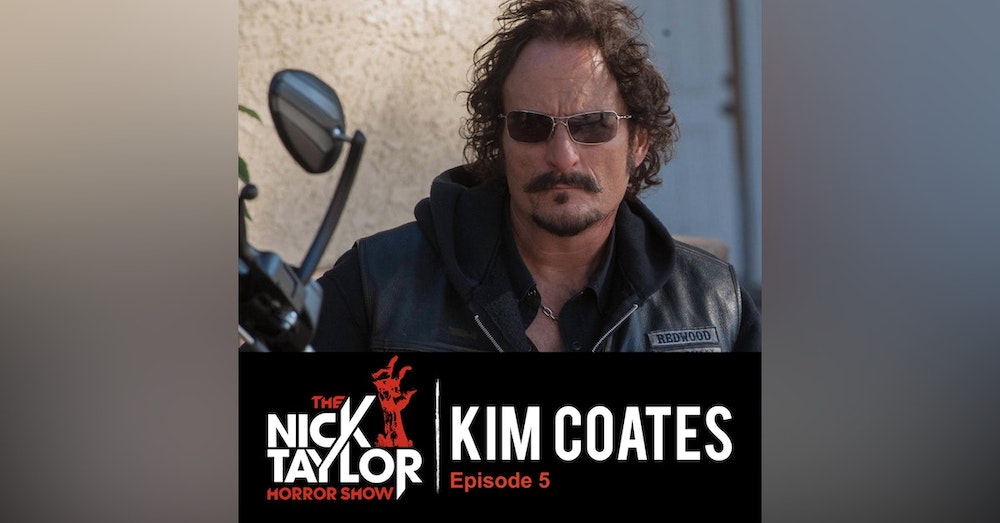 We all know him best as Tig Trager from Sons of Anarchy, but between 2016’s Officer Downe, Canada’s gangster crime drama, Bad Blood, and the gritty western epic, Godless on Netflix, Kim Coates is becoming more and more of a household name and truthfully, I couldn’t be happier to be seeing so much more of him!

Often playing edgy characters that live on the fringe of society, Kim has appeared in numerous huge movies including Waterworld, Braveheart, Innocent Blood, The Amityville Curse, The Client, Bad Boys, Battlefield Earth, Pearl Harbor, Black Hawk Down, Silent Hill, Resident Evil: Afterlife, and the the TV adaptations of Total Recall and Poltergeist. Now he is working on Cold Brook, an indie drama directed by actor by William Fichtner.

We got to sit down with Kim talk about his acting process, Sons of Anarchy, and whether he will return as Tig in Mayans MC. But first, here are Kim Coates’ 3 keys for aspiring actors.

Be a big fish in a small pond. Instead of trying his luck in majorly competitive cities like LA & New York, Kim started out his acting career with regional theater and was able to consistently get big roles which gave him the opportunity to hone his acting skills. With regional theatre, he had a steady stream of leads for years in plays all over the US & Canada. Eventually, big agents began to take notice and he found his way to Hollywood.

The fishing is always best where the fewest go. The opportunities to develop as an actor are bigger and better in less competitive areas. Explore regional theatre, look for opportunities to shine, that will let you hone your craft with roles that are more demanding and offer better visibility. Kim also stressed that this is a gradual process and that actors should not be in a rush. So if you’re an actor, take the time it takes to become great, uncover hidden opportunities, and the right people will eventually take notice.

Read, everything. Kim is a prolific reader and discusses the responsibility actors have to know as much as they can about acting, art and humanity so they can bring all of that knowledge to their roles and their careers. Immersing yourself in poetry, plays, art, and literature allows you to internalize drama, nuance, and storytelling, all of which, tremendously serves your acting. Kim specifically recommended the works of Uta Hagen, Ian Esko, Tennessee Williams, and The Marlon Brando biographies.

Acting is listening. Kim mentioned how often the term ‘method acting’ is tossed around and how so few people really understand what it means. To Kim, the real key to acting is being present in the moment (on screen or on stage) and constantly reacting to everything as the scene unfolds in real time. He then went on to say: “The camera picks up everything, there’s no acting allowed...” He also quotes Francis Ford Coppola who said: “Learn the lines so well that you can forget them,” indicating the importance of internalizing your lines beyond memorization, to the point where you can deliver a performance while being truly present in the scene.