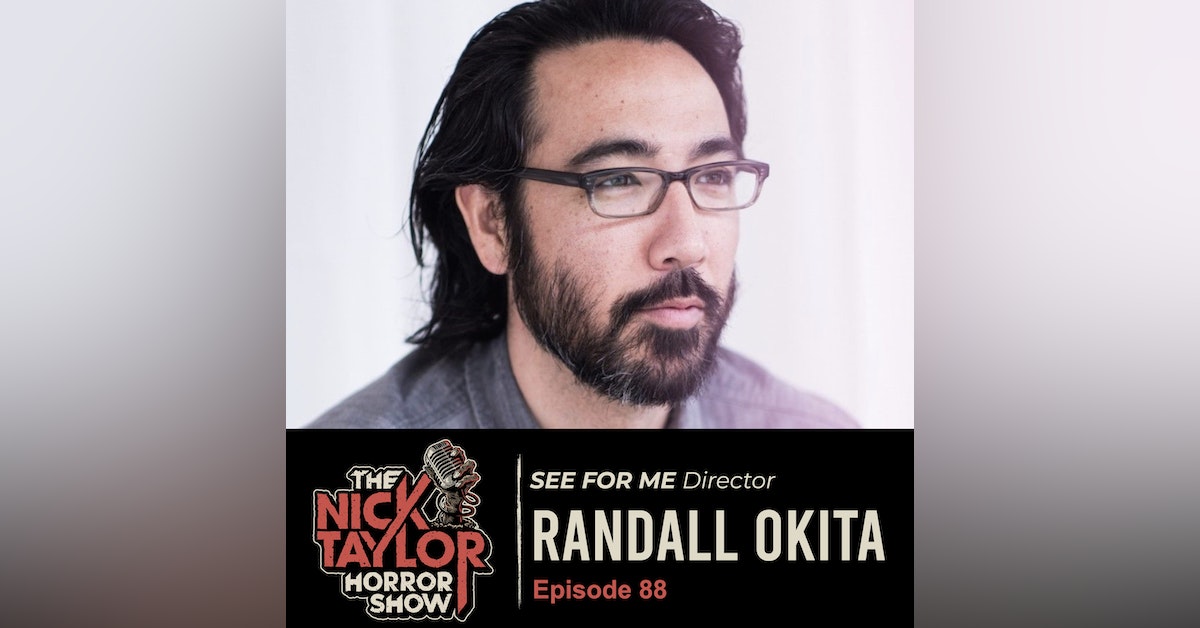 Randall Okita is a Japanese Canadian director and artist. His latest movie is the new IFC Midnight thriller, See for Me. See for Me is about a young blind woman, house-sitting at a secluded mansion, who finds herself under invasion by thieves seeking...

Randall Okita is a Japanese Canadian director and artist. His latest movie is the new IFC Midnight thriller, See for Me. See for Me is about a young blind woman, house-sitting at a secluded mansion, who finds herself under invasion by thieves seeking a hidden safe. Her only means of defense is a new app called “See For Me” that connects her to a volunteer across the country who helps her survive by seeing on her behalf through her phone. See for Me is now available on-demand and super entertaining, beautifully directed, and of the many fantastic performances, features one of my personal favorite actors of all time, Kim Coates. Really enjoyed this interview with Randall; we got into the making of See for Me, his director origin story, and as always, his advice for aspiring filmmakers. Now without further ado, here is See for Me Director, Randall Okita.

Here are some key takeaways from this conversation with Randall.

Communicate with Music. One of the ways that Randall is able to articulate the tone and trajectory of specific scenes is by selecting songs and pieces of music indicative of what he has in his head. So many elements of cinema are nuanced to the point where they're hard to communicate with words. Sometimes you need another medium to convey the intangible details of your vision and music can be a great tool for this because it evokes very specific feelings. Randall uses music during the planning, filming, and editing of his movies and even plays certain tracks for actors to inform their performances.

Find people at the right time. Randall is one of those directors who were able to get extremely high production value and excellent performances from a relatively low budget. Randall cites that a key to doing this well is finding people at certain moments in their career when they're in a position to extend themselves. This is a matter of finding people at JUST THE RIGHT MOMENT when their career is about to take off when your project can offer them a stepping stone to get to where they want to be. This is a great way to give people killer opportunities while also increasing the production value of your own film on a budget. Part of this is hiring people based on ability as opposed to experience, and it definitely has its risks, but when it works, it can be a great exchange.

Cast relevantly. The protagonist of See for Me is a young blind woman, and Randall made sure that he cast someone who was actually visually impaired to play the role - this choice made all the difference. Even though it's a hot topic, casting for relevance isn't necessarily even a matter of social good as much as it's a means to bring real authenticity to your performances and, therefore, deeper realism to your movie. As a result of personal experience with becoming blind in adulthood, lead actor Skyler Davenport brought a level of reality to the role and was able to channel actual experiences. This extended beyond the performance and into many other choices made on the film that were directly informed by Skyler's true-life experience, all of which served the movie's realism.

Thanks as always for listening, don't forget to subscribe.