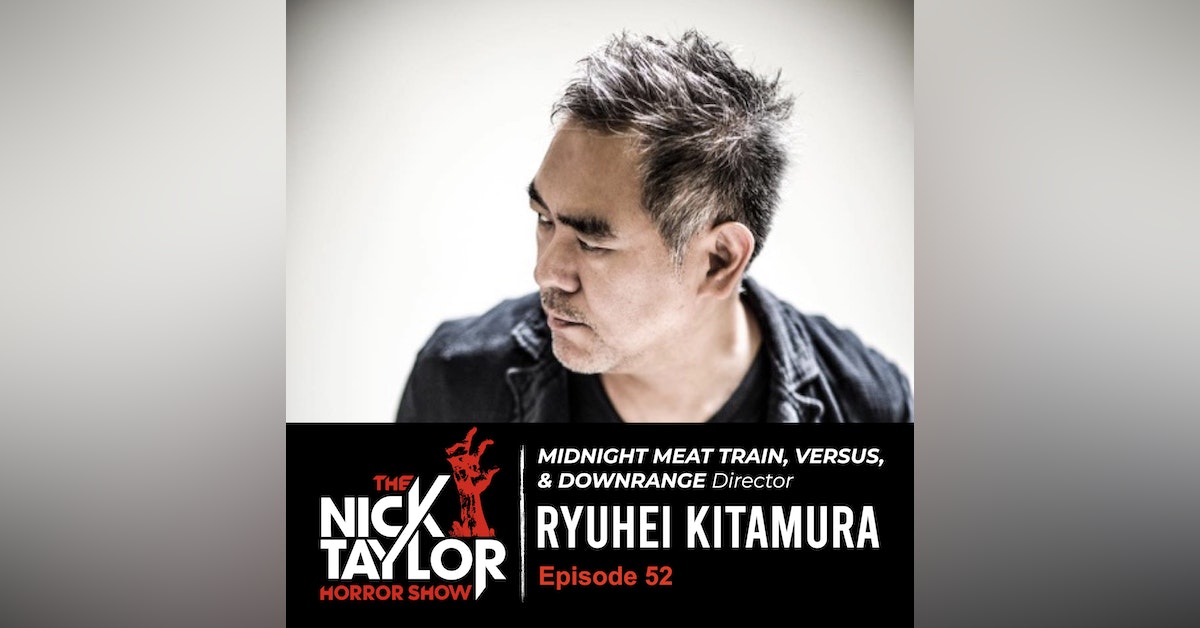 “When you are that crazy, and that serious and have that crazy passion, you can move people.”

Ryuhei Kitamura is a Japanese director of such movies as Versus, Clive Barker’s Midnight Meat Train, No One Lives, Downrange, and the Mashit segment of Nightmare Cinema.

Ryuhei’s director origin story is pretty inspiring - when making his feature debut, Versus, he went through a brutal series of hardships but still managed to pull off an extremely impressive movie, loaded with highly complex zombie fight sequences and gore gags.

One of the things that stands out in Ryuhei’s career history is his relentlessness. Throughout his career, a multitude of things kept not working out, but he relentlessly pushed on and on until he became the director he is today. Overall, Ryuhei’s story is a true tale of pioneering filmmaking, and he claims that one of the main things that got him through the challenges was his Samurai spirit, which we hear more about, as well as very entertaining stories about how much boldness can pay off as well as details about Ryuhei’s collaboration with Clive Barker. All of this and so much more on this episode of The Nick Taylor Horror Show.

Here are some key takeaways from this conversation with Ryuhei: