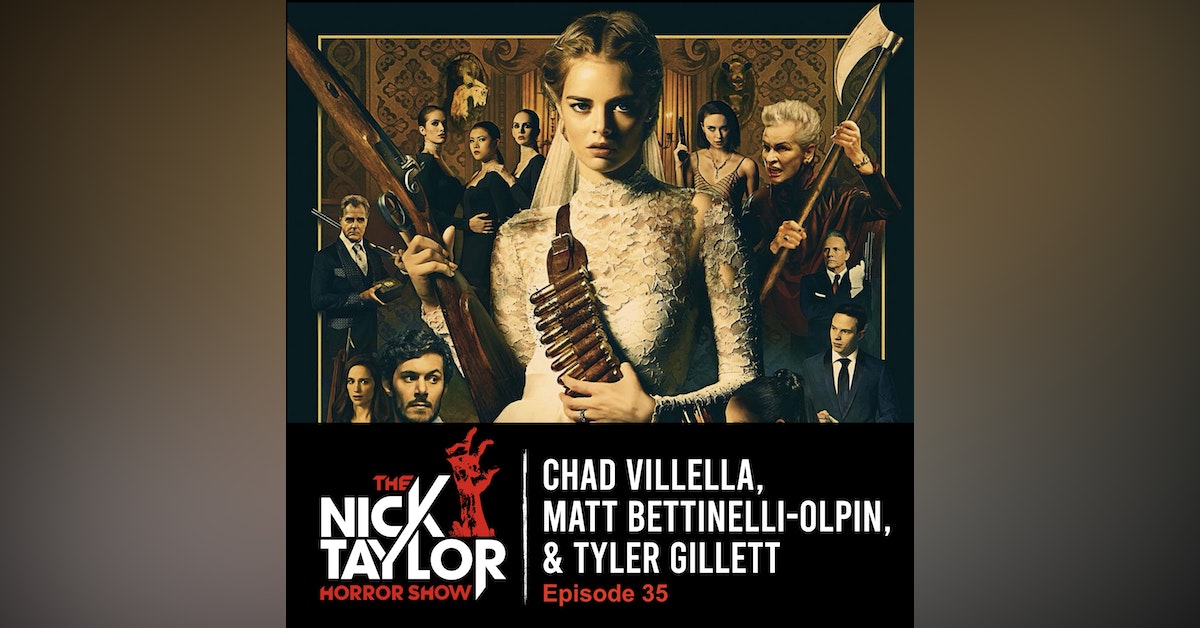 Radio Silence is a filmmaking collective comprised of Chad Villella, Matt Bettinelli-Olpin, and Tyler Gillet. These three are behind such films as Devil’s Due, Southbound, VHS, and last year’s outstanding Ready or Not. I personally loved Ready or...

Radio Silence is a filmmaking collective comprised of Chad Villella, Matt Bettinelli-Olpin, and Tyler Gillet. These three are behind such films as Devil’s Due, Southbound, VHS, and last year’s outstanding Ready or Not. I personally loved Ready or Not, and was really struck at how seamlessly it was able to balance horror, comedy, and tragedy, while being an outright thrill ride of a movie. This was hands down one of the funnest cinematic experiences in years, which made me super excited to speak with these guys.

They have a really fascinating origin story about how they began their career-making shorts on YouTube for years, finally working their way into the Hollywood system - there is a lot to think about from the perspective of being a collective instead of a solo filmmaker. As the old cliche quote goes: ’alone you’ll go faster, together, you’ll go farther.’ That clearly is the case with these dudes as they’ve kicked the door to Hollywood wide open with Ready or Not and they did it together.

Really enjoyed this interview a lot, Matt, Tyler, and Chad are a blast to speak to, and you can tell how much fun they have working together.

There are a number of huge lessons which I’ll recap at the end as always, but one of the most interesting elements of their major career boost, is how they prioritized having fun throughout the course of their career and how was not only infectious on set, but enabled all of them to endure the hardships that come with breaking into the movie making business. All of this, and so much more on today’s episode of The Nick Taylor Horror Show.

Thank you all for listening and a big thank you to our guests, Radio Silence, for taking the time. If you haven’t seen Ready or Not, you really oughta drop what you’re doing and check it out right away, it is a complete and total blast.