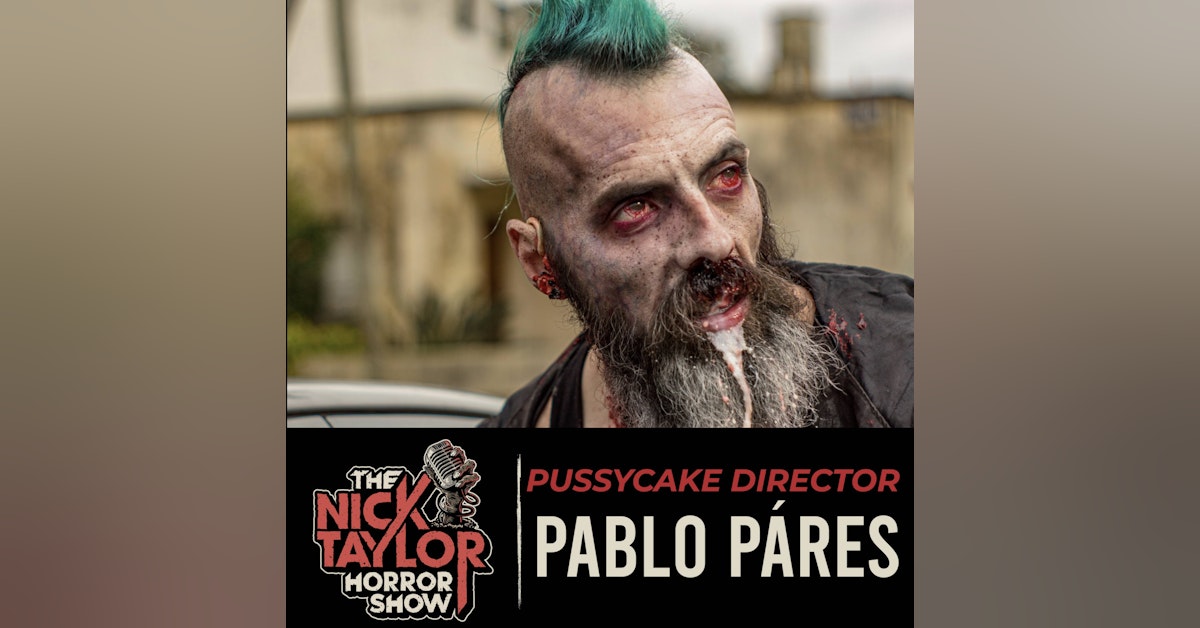 Pablo Parés is an Argentinian filmmaker who's worked on over 15 movies as director or producer. His films include I am Toxic, Plaga Zombie, and Damonium: Soldier of the Underworld. His latest feature Pussycake is a rollicking good time. It's been...

Pablo Parés is an Argentinian filmmaker who's worked on over 15 movies as director or producer. His films include I am Toxic, Plaga Zombie, and Damonium: Soldier of the Underworld. His latest feature Pussycake is a rollicking good time. It's been called Josie and the Pussycats meets Evil Dead, and it delivers on that promise.

The movie mixes equal parts Peter Jackson zombie insanity with creature effects and tons of blood, guts, and vomit along the way. The movie is very stimulating visually and punches way above its weight as a low-budget feature. You can stream Pussycake right now on Screambox.

Pablo was a lot of fun to talk to. We got into his director origin story, the background on how he got Pussycake off the ground, and the infrastructure of filmmakers he's built that allows him to consistently make the movies he wants to make without any studio interference.

Without further ado, here is the mind behind Pussycake, Pablo Parés.

Here are some key takeaways from this conversation with Pablo.

Think infrastructure. Pablo has a group of people who he's been making movies with for years. Most of them do a ton of different jobs, but they have similar tastes and the same mission, so every time they're ready to make a movie, they can lock and load and get it made because they not only have a shorthand working relationship with each other but they have an infrastructure.

Also, every time they sell one movie, they use those funds to make the next movie. This is a self-sustaining, self-feeding ecosystem that ultimately allows Pablo and his team to do what they want. It took him a long time to create, but it’s never too late to start nourishing your own filmmaking collective and your own infrastructure. Regardless, it's important to build relationships with people who want to make the same kind of crazy shit that you do.

Lean into limitations. On Pablo‘s previous movie, I am Toxic, he couldn’t afford contact lenses for his zombie eyes, so he created a type of zombies that were so dry they didn't have eyes. This gave them a very cool aesthetic comparable to Lucio Fulci's Zombie - this is the approach he took throughout the movie, which allowed him to make a post-apocalyptic wasteland on an extremely low budget. This is an example of a filmmaker working with his budget as opposed to against it. When you work with your budget, your movie feels a lot more cohesive, intentional, and you can get away with so much more to serve your production value.

Make everything intentional. Pablo said that he notices a lot of monotony in newer horror movies that look the same and have the same tone, which is absolutely true. He went on to say that lot of filmmakers don’t even think about distinguishing the look and feel of their films which is causing these movies to become homogenized and all feel very similar. As a director, every choice you make in a movie should have an intention behind it, nothing should be happenstance. Don't get too precious, and don't be a dictator, but realize that your job as a director is to direct, every single last detail. Jordan Peele does an exquisite job of this, as did Stanley Kubrick. Clearly, these are huge directors, but if you look at Pablo's work on Pussycake, he was able to do so much on a low budget, and his movie, his characters, and their costumes all had an iconic feel to them because he labored over each detail and made them his own.