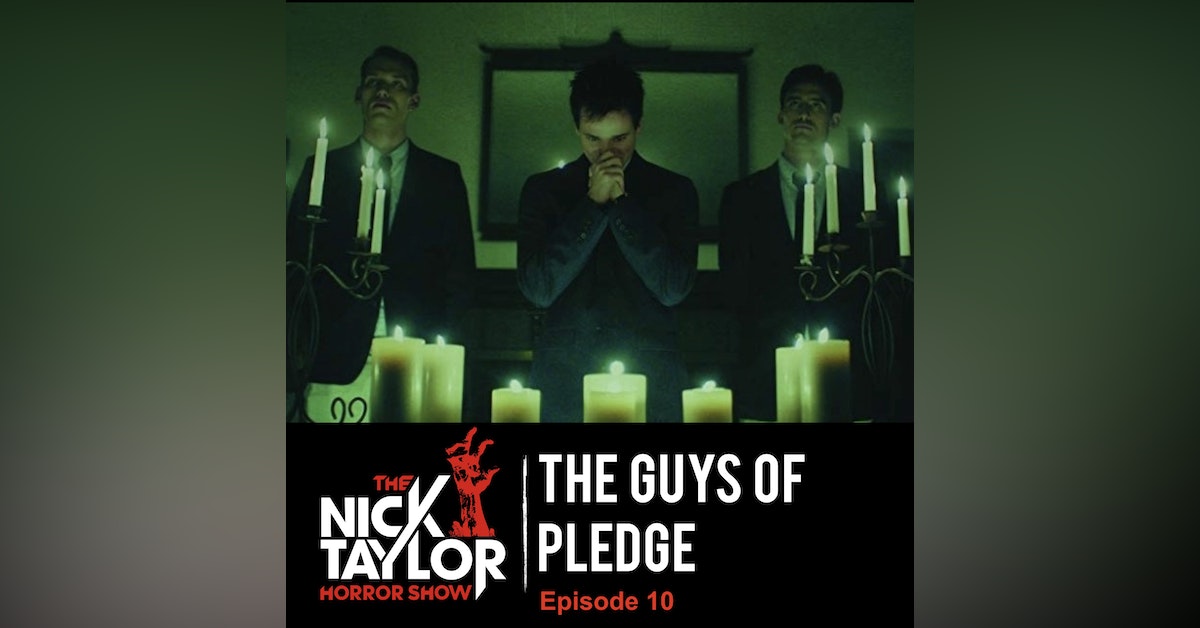 “the AD I think, the most important hire on a low-budget indie, 'cause they’re really the captain of the ship, that's making the movie happen. An AD that can work your resources in the right way and be creative which makes the movie a lot better.”

Pledge is a recent indie horror gem from director/writer team Daniel Robbins and Zack Weiner. It follows three hapless college kids as they attempt to pledge for a highly exclusive fraternity and are subsequently subjected to a sadistic gauntlet of unspeakably horrific hazing rituals. Pledge mixes humor and horror in a well-balanced and thoroughly engaging narrative with main characters you genuinely care about. At the same time, Pledge manages to effortlessly delve into themes of elitism and the culture of bullying in a way that’s relevant without being heavy-handed.

Prior to Pledge, Zack and Daniel made Uncaged, a teen werewolf horror thriller from 2016. Zack and Daniel were friends in high school and went on to make low-budget horror movies together, right here in my hometown of New York. They’ve been enjoying a great amount of success lately, as Pledge was recently acquired at Fantasia Fest by IFC Midnight and is on its way to Hulu.

In addition to being a downright great time of a movie, Pledge is a prime example of an intelligently produced, lean and mean indie horror masterpiece that looks and feels way more expensive than it actually is. It also introduces a particularly strong horror mythology that is ripe with possibilities for sequels (I’d personally love to see Pledge unfold into a franchise).

We sat down with Daniel Robinson (director), Zack Weiner (writer and actor), and Zach Byrd (one of the main actors) from Pledge, and explored the key lessons of indie horror filmmaking that they learned while making Pledge.

Here are key insights from the guys of Pledge: