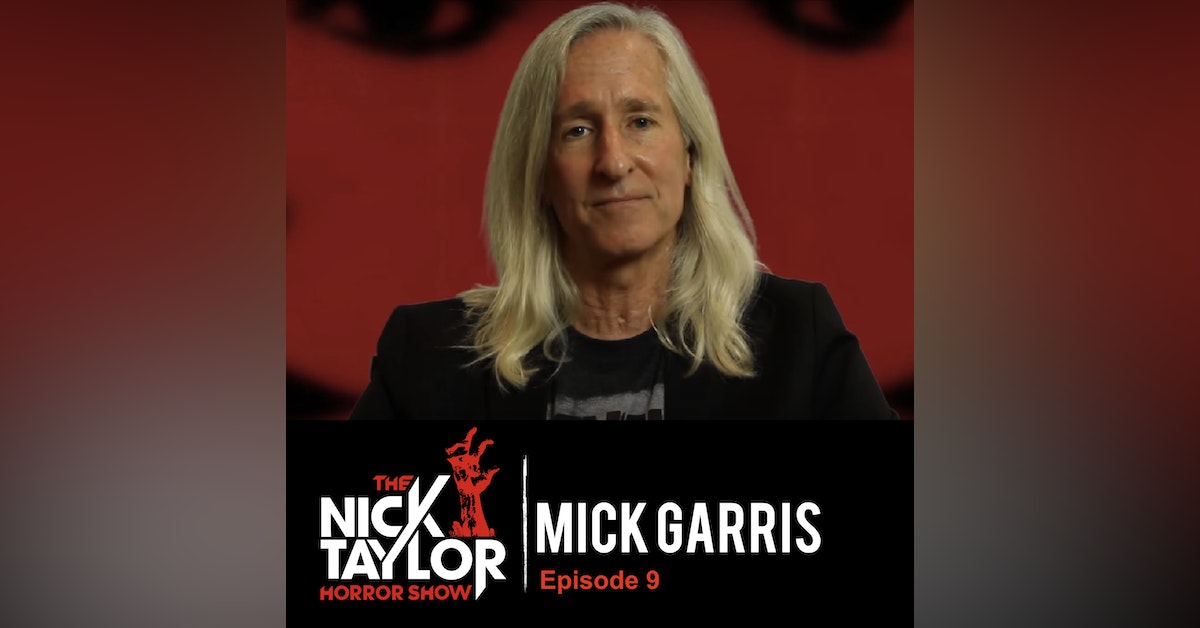 “If you want to become a screenwriter or filmmaker to get rich, well, fuck you … do it because you love it … Number one rule on making your film … is don't hire your friends as the actors unless they are the best possible actors around.”

Mick Garris is one of the most prominent names in horror history; he is a prolific writer, prolific director, a prolific human being in every sense of the word.

One of the most interesting things about Mick is that he’s been working in horror in one way or another since the 70’s and has watched cinematic history unfold. He began his career answering phones on Star Wars and went on to do publicity work on An American Werewolf in London and he even makes a cameo appearance in The Howling (he’s the guy on the couch at the end watching Dee Wallace turn into a werewolf on TV).

Mick has produced, written and directed a countless amount of movies and TV shows and has had a famously long standing collaborative relationship with Stephen King. Mick has also worked on such films as: Critters 2, The Fly 2, Psycho 4 - The Beginning, The Shining (TV movie), Bag of Bones, Hocus Pocus, The Stand, Riding the Bullet, Sleepwalkers, Batteries Not Included & multiple TV series including: Tales from the Crypt, Amazing Stories, Freddy’s Nightmares, and Masters of Horror.

Mick has been interviewing big names in horror for decades and you probably know him best for his podcast, Post Mortem with Mick Garris - if you haven’t heard it, turn this off right now and go listen to Post Mortem, right now. Seriously, I’ll wait…

Also be sure to check out Mick’s new film, Nightmare Cinema, coming to theaters in February.

In addition to having worked in horror for so many decades,  on so many movies in so many different capacities (writer, producer, director), Mick is beloved in the industry has had close friendships with some of the biggest names in horror; Tobe Hooper, Wes Craven, George Romero, John Carpenter, Joe Dante, Guillermo Del Toro all have the pleasure of Mick’s friendship --- on top of being incredibly knowledgeable, Mick  is a genuinely sweet and kind person. I had a wonderful time speaking to him, and hope you enjoy this interview as much as I did.

That’s all we have for this week, big huge thanks to Mick Garris for being so generous with his knowledge. Be sure to check out Mick’s podcast, Post Mortem on the Blumhouse network.