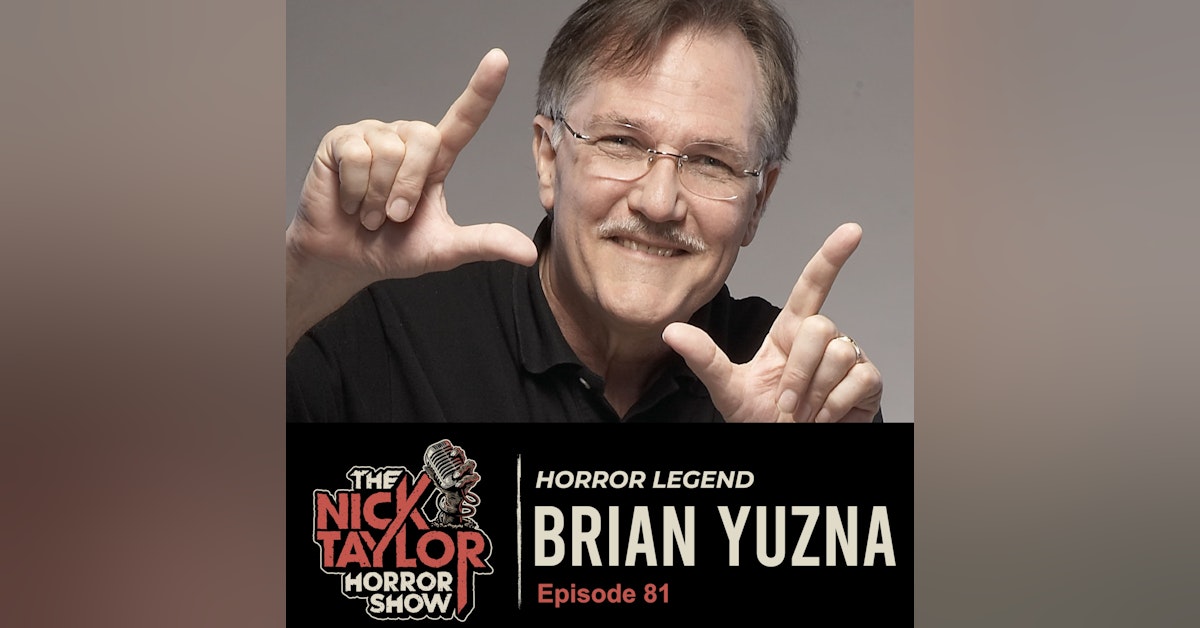 Brian Yuzna is a man who needs no introduction. A writer, director, producer, Brian Yuzna produced multiple movies directed by Stuart Gordon, including Reanimator, Dagon, From Beyond, and Dolls. Brian directed one of my personal favorite deep cuts,...

Brian Yuzna is a man who needs no introduction. A writer, director, producer, Brian Yuzna produced multiple movies directed by Stuart Gordon, including Reanimator, Dagon, From Beyond, and Dolls. Brian directed one of my personal favorite deep cuts, Society, which, if you haven't seen, do yourself a favor and watch it, ideally with Joe Bob on Shudder. Brian also directed Bride of Reanimator, Silent Night Deadly Night 4, Beyond Reanimator, Return of the Living Dead 3, and many, many more. He's an icon of horror, and it was an honor to speak with him. Please give it up for the legendary Brian Yuzna.

Here are some key takeaways from this conversation with Brian Yuzna.

Focus on movies, not milestones. As Brian mentioned, many directors enter Hollywood obsessed with finding a manager and an agent. Why? When you're starting out, you don't need an agent or a manager; you need a fucking film. That should be your focus up front, getting yourself a calling card. Whether it's a feature or a short, get your name out there, and the managers and agents will follow.

Careful what you wish for; higher budgets mean higher pressure. Brian mentioned an example of a filmmaker who worked up the ranks and started with an indie film and ended up with a higher-budgeted movie but found that the crew was incredibly difficult to work with because they didn't respect him. This is a hard scenario, and clearly, most professional crews would never ever act this way, but it does happen. The unfortunate lesson here is regardless of whether or not you're the director, as you move up in the ranks, you're always going to have to prove yourself and deal with people who think they're better and more experienced than you. Find ways to work through it or work around it. In the case of Brian, they pretended to wrap the movie early and then finished it with the second unit crew because they were more agreeable. Hierarchies will always be there - movie making is often less about talent and more about leadership and people management.

Hire an older DP. This is a big one. You’re probably going to think that you won’t want some cool young, cutting edge DP to helm your movie, but if you're just starting out, you’re gonna want a DP who's more experienced and can act more like a parental figure who can reign you in when necessary. When hiring, your DP is arguably one of the most important hires because this is the person who will guide you on how to make the movie, shot by shot. So you need someone experienced, particularly if you’re on your first, second, or third movie. Consider hiring somebody who will keep you in line and on quality. Older professionals have this experience and wisdom and can keep you and your movie in line and on time.