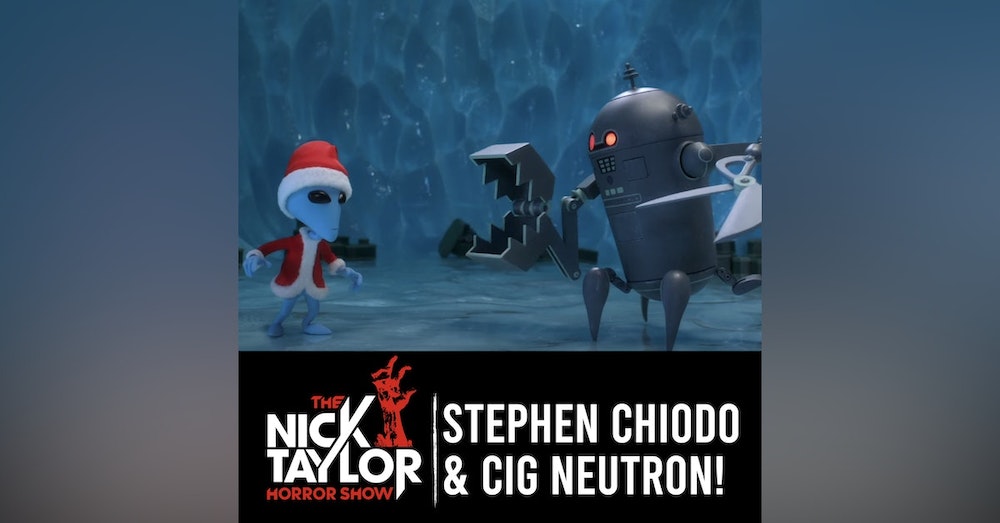 Welcome back to the Nick Taylor Horror Show!

Stephen Chiodo is an American writer, director, and special effects makeup artist and one of the legendary Chiodo Brothers. The Chiodo Brothers are a trio of special effects and stop motion artists and animators best known for their work on Team America: World Police, Critters, and Killer Klowns from Outer Space which Stephen also directed. The Chiodos also created the claymation sequences for the Large Marge scene from Pee-wee's Big Adventure, as well as the stop-motion elements in the North Pole scenes from Elf.

Stephen’s latest feature is Alien Xmas, an animated feature that he directed. When extraterrestrials attempt to steal Earth's gravity, only the gift-giving spirit of Christmas and a small Alien named X can save the world. Executive Produced by Jon Favreau, don't forget to check out Alien Xmas this holiday season, now streaming on Netflix.

Also on today’s episode is none other than the one and only Cig Neutron. Cig is no stranger to the show and like Stephen is also a special effects makeup artist, director, and creature designer.

Cig has done effects work on multiple movies including Tron Legacy, Suckerpunch, and Star Trek Discovery, and was on Face/Off's season 7 then again on season 11 as one of the Face/Off allstars.

Cig also hosts a podcast that I really love called Cig Neutron's Spewtron, available everywhere, and he does a pretty cool series of livestreams on Twitch where he breaks down his effects techniques so if you’re not already, make sure you follow Cig Neutron on all of the social medias.

We had a pretty wide-ranging conversation. Both of these guys are really fascinating and accomplished artists -  we got into everything from creative processes, to practical effects and geeked out about favorite new artists, shows, and movies so get ready for recommendations. Quick note that this interview was done back in May. I hope you all enjoy this conversation with Stephen and Cig as much as I did.

Here without further ado are Stephen Chiodo and Cig Neutron.