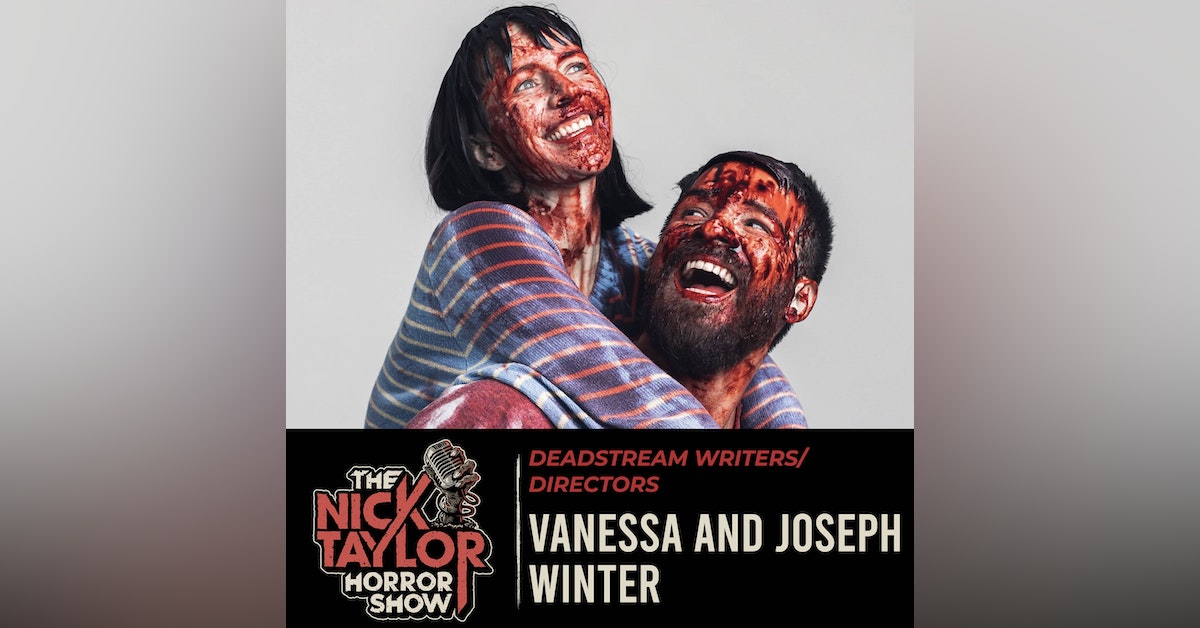 Deadstream is the feature directorial debut from husband-and-wife filmmaking team Vanessa and Joseph Winter that follows a disgraced internet personality who attempts to win back his followers by livestreaming one night alone in a haunted house. But...

Deadstream is the feature directorial debut from husband-and-wife filmmaking team Vanessa and Joseph Winter that follows a disgraced internet personality who attempts to win back his followers by livestreaming one night alone in a haunted house. But when he accidentally pisses off a vengeful spirit, his big comeback event becomes a real-time fight for his life.

Deadstream was a ton of fun. As a horror comedy, I was laughing pretty much throughout the course of this film which was legitimately, consistently funny. The movie even manages to pull off some legitimate scares with a surprisingly well-developed ghost story at its core. Deadstream was a sort of new breed of found footage that could be best described as livestream horror and was shot with a notably clever use of multi-cams to tell its story. All of that, plus a solid amount of gore and some very fun creature effect made Deadstream one of my favorites of the year. Don't forget to check Deadstream out on Shudder when it comes out tomorrow, October 14th.

This was a really fun conversation with Joseph and Vanessa as we got into how they got Deadstream off the ground during the beginning of the pandemic, their very insightful festival strategy, and real ghost stories about their production, which shot at an actual abandoned haunted house.

And now, please give it up for the writers and directors of Deadstream, Vanessa and Joseph Winter.

Filmmaking is the best film school.

Deciding to make your first film is one thing, but deciding what to make your first film on is a recipe for analysis paralysis, which is dangerous because it can last for an endless amount of time. However, approaching your first movie as strictly educational can be incredibly liberating. Joseph and Vanessa knew they wanted to make a feature and were able to offshoot a lot of concerns about things like the movie's financial success because they viewed the movie as a learning experience and a way to get a crucial skills that would serve them throughout the course of their careers. In the end, they learned a ton and delivered a kick-ass movie in the process. Coincidentally, offloading all of these concerns about your film can even contribute to the likelihood of your success as you're more likely to be creatively freed up to give your movie the energy and attention it deserves because you're putting less pressure on yourself.

It's incredibly easy to be too humble about your first feature. When they first started submitting to festivals, Vanessa and Joseph got some initial acceptances from smaller festivals and were understandably overjoyed. One of their associates recommended they submit to some bigger festivals, which would have meant withdrawing from the festivals they were accepted by. They were scared by this decision but did it anyway. In the end, the film got into multiple big festivals, including SXSW, ultimately leading to a deal with Shudder. Despite working extremely hard for years and putting everything they have into it, many filmmakers will still sell themselves short on their first feature as it's easy to be insecure about your lack of experience. Difficult as it may be, try to avoid this trap as there's usually very little harm in aiming too high while aiming too low can doom your movie to a smaller existence.

Everyone knows that when working on your own movie, it's nearly impossible to be completely objective about it by yourself because you're way too close to it. One of the best ways to get real feedback in real time is to have an in-person peer screening. In-person screenings are way more effective than sending people screening links and asking for feedback because they're less likely to be completely honest with you, and you cannot observe them directly. Observing the collective reactions of a shared audience is an excellent tool to understand things like pacing and where the laughs & scares are and aren't. Doing so enables you to have this sense of audience empathy so you can see what works and doesn't work about your movie from the audience's perspective to inform your next edit. Another note, it's best to put these together yourself, as most of the test screenings orchestrated by studios and film companies can be full of the wrong people who can give you unhelpful feedback. Joseph and Vanessa kept their test screening to about 30 people, which seems like a magic number.

Anyway, guys, don't forget to check out Deadstream streaming on Shudder beginning October 14th - it is a ton of fun and a perfect way to ring in Halloween season. Annnd if you enjoyed this episode, why not share it with your filmmaking buddies on social media? Don't forget to subscribe today to hear new episodes right when they drop, and thank you again for listening to The Nick Taylor Horror Show.