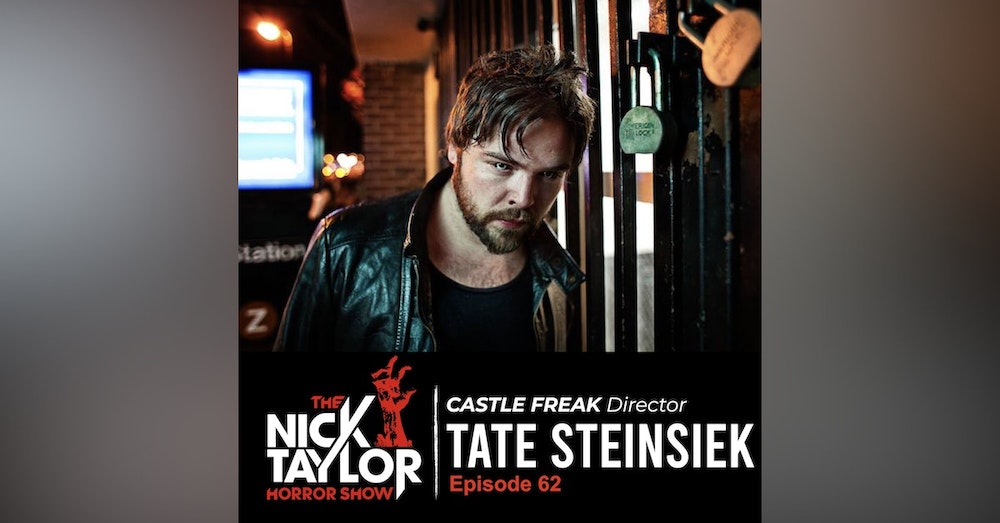 Tate has worked on multiple films, including Spiderman, Puppet Master: The Littlest Reich, Scare Package, Satanic Panic, Sharknado 2, and Dragged Across Concrete. Tate is also a mainstay effects artist on shows like Saturday Night Live, Law & Order, and multiple titles on The Discovery Channel. Tate is a two-time finalist on FACE OFF, in both Seasons 1 & 5 and one of the show's most beloved contestants.

I've known Tate for years and have been a huge fan of his work. His style is one of the most interesting and recognizable of today's practical effects artists and I have been dying to see his reimagining of Castle Freak since it was announced back at Monsterpalooza. The production stories behind the making of Castle Freak are completely insane. While shooting in Albania, where apparently horror movies are very frowned upon, the team tried to hide the subject matter of their movie, but unfortunately, the actor playing the freak, wearing the full freak bodysuit, briefly went outside in the creature suit and caused multiple local villagers to call in extraterrestrial sightings. Yeah, it was that crazy, and Tate gets into it in this conversation. Anyhow, he's my brother from another mother, and I always love talking to him; without further ado, here is the awesome & fantastically talented Tate Steinsiek.