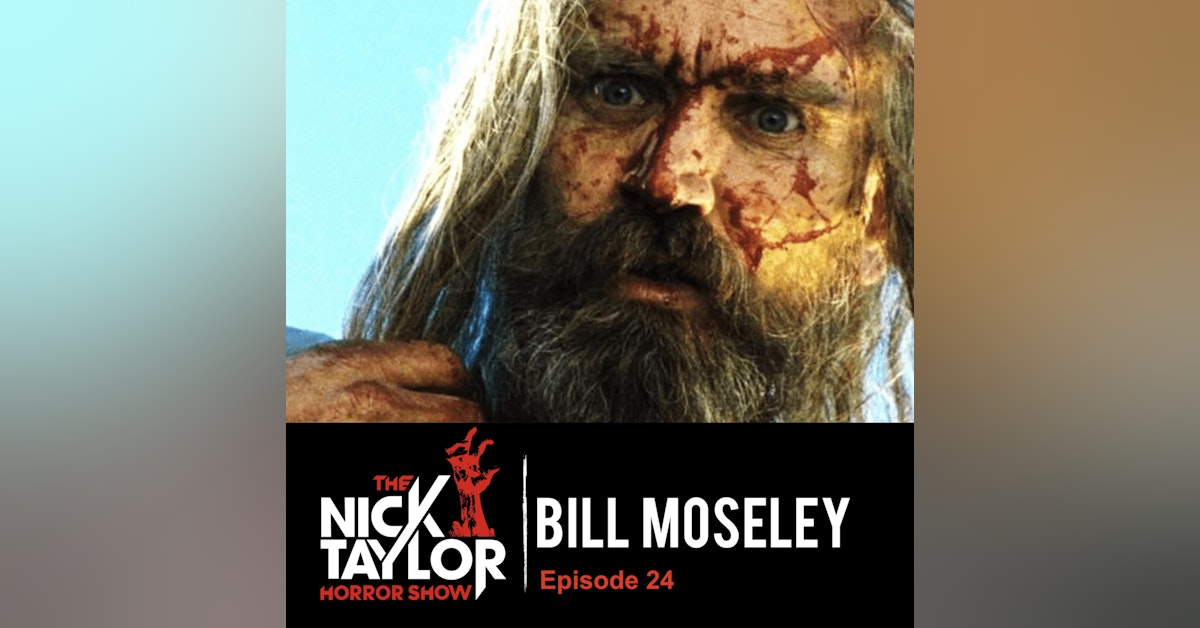 "We did a couple of takes and I kept dropping my lines. I sat down, and I was getting self-conscious. Suddenly I heard this voice in my head say, "Bill, go over there and sit down. I got this." It was the voice of Otis. I realized I had to get out of the

Bill Moseley is an actor, musician and horror icon.  He burst onto the horror scene in a huge way as Chop Top in The Texas Chainsaw Massacre 2, and has since starred in movies like Repo the Genetic Opera and the TV show Carnivàle. But perhaps most notable is Bill’s chillingly well realized portrayal of Otis B. Driftwood in Rob Zombie’s Firefly family trilogy, including House of 1,000 Corpses, The Devil’s Rejects, and the up and coming 3 From Hell.

Bill and I talked about his career history, including a pretty incredible story about how he got on the radar of Tobe Hooper for Texas Chainsaw 2 through a short film he made called The Texas Chainsaw Manicure. We also got into details about his acting process and how he gets into the psychotic mindset of characters like Otis. And of course, we discussed what we can expect from 3 From Hell.

Speaking to Bill was a real treat. I’m a huge fan of him and The Devil’s Rejects is not just one of  my favorite horror movies of all time, but one of my favorite movies of all time. To me it was a perfect blend of fascinating (even lovable) characters in a grounded, believable sun-scorched reality that had the Americana flavorings of classic road movies like Easyriders and Badlands. It delivered the blood in the big way and had moments of palpably bone-chilling psychotic brutality. All of this plus a killer soundtrack.

As you’ll hear in the interview, Bill is an incredibly nice guy, he was so generous with his time and knowledge and I was so humbled to be able to speak to him.

Here are 3 key creative lessons learned from this conversation with Bill Moseley.